Kazakhstan is starting up building of the plant facilities for $ 1.6 billion

Altogether, 145 various production projects are being considered for the implementation 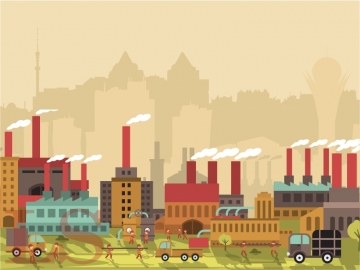 It is scheduled to start building of 15 investment projects with the total cost of $ 1.6 billion in 2018 in Kazakhstan. This was reported by the Minister for Investments and Development, Zhenis Kassymbek, in the course of the session of the Government, as LS informs.

The list of the approved projects covers: the meat processing plant Inalca (Cremonini, Italy) estimated at $48 mln., meat processing facilities (extruded feed-stuff Phoenix, UAE) for $15 mln., Phase I of the manufacturing of the high-quality lime Carmeuse Group (Belgium) for the cost of $70 mln., ceramic production plant Yildizlar (Turkey) for $128 mln., along with the launch of 23 other projects for the overall estimated cost of $ 3 billion, including construction of the plant in the manufacturing and processing of the flat glass under the trademark of Orda Glass (USA) for $197 mln., food product facilities Mareven (Japan/Vietnam) for $50 mln., metallurgy plant Sin Yuan Steel (Amir-A, PRC) for the cost of $40 mln., and others.

All in all, 145 potential projects based on the joint-venture principle are currently under consideration.
Mr. Kassymbek pointed out that the basic list also included individual initiatives of the foreign investors ready to bring their funds into Kazakhstan. For instance, Chinese Cathay has offered to create a biochemical cluster with the total volume of investing of $ 2.5 billion. At the moment, Kazakh Invest is working out the details of the project and looking for a local partner.

“The Ministry is not going to be limited by that basic list. In the long term, it will include more projects, and, inter alia, PPP-initiatives, which will be funded with the resources of the international financing institutions, such as Asian Development Bank, European Bank for Reconstruction and Development, World Bank and others", the Minister said. He also added that his agency had been analyzing the projects of the Industrialization Map, especially those in the idle phase or working at the low load, through the prism of the probably necessity to attract foreign investors.

"It should be noted that both the Ministry and Kazakh Invest have personal responsibility for all these projects. We systematically (twice a month) hold special hearing sessions dedicated to the burning issues which cause delays in the implementation of the projects”, Mr. Kassymbek summarized.

In his turn, the Chairman of the Board of Kazakh Invest, Saparbek Tuyakbayev, made a comment that in 2018 it seemed necessary to attract investors for the implementation of 17 large projects estimated for $ 16,4 billion with signing the respective binding agreement documents.

He remarked that their work with the investors under the auspices of the National Investing Strategy was based on the targeted approach. Thus, by April 2018 it is planned to develop the Country Strategy or a guideline for every prioritized country or a group of countries considering the specifics of those targeted segments. On top of that, another new idea resides in involving companies specialized in the fund-raising from such countries as Ireland, Spain, Netherlands, Italy, Russia and others.

"One more priority of our efforts lies in ensuring a comfortable environment for the foreign investors. We are implementing a system of the “early response” to any problematic questions of investors. This means strengthening of the institute of the investor’s ombudsman. Also, a call-center to provide support to the investors during their stay in Kazakhstan will be opened in the first half of 2018", Mr. Tuyakbayev reported. Let it be reminded that Mr. Kassymbek has also mentioned in his earlier speeches how Kazakhstani agencies and services would help to the foreign entrepreneurs.