“Unidom Co., Ltd” JSC Branch is the official distributor of Rinnai products in the territory of Central Asia and Kazakhstan. Rinnai Japan Corporation is one of the largest manufacturers of gas equipment in the world.

At Aquatherm Almaty Exhibition we would like to introduce Rinnai condensing boiler, RMF series boilers and “Smart Control” function:

A condensing boiler uses high efficiency burner with low nitrogen oxide formation due to which it not only increases thermal efficiency, but also reduces CO2 emissions (to below 300 ppm) and nitrogen oxide (to below 500 pprm) that has a sparing effect on the environment. 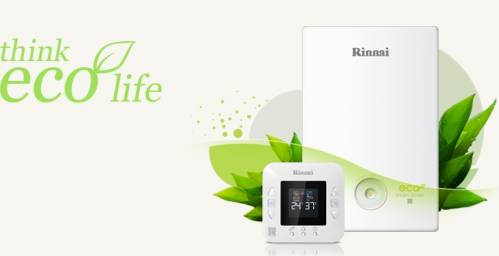 Smart Control allows You to control the settings of a gas boiler from anywhere in the world through Your smartphone that connects to the server and you can easily change settings, monitor temperature and many more.